DCA or Dichloroacetic acid is a chemical compound where 2 of the 3 hydrogen atoms of the methyl group have been substituted for chlorine atoms.

An initial clinical trial was conducted and although it was small it involved people with brain cancer and the results were encouraging. They were published in Science of Translational Medicine in 2010.

DCA is inexpensive and a non-patentable compound, which doesn’t make it all that attractive to companies in the pharmaceutical industry. Reason being is there is not a lot of profit as a result of being non-patentable.

DCA stifles PDK which is the gatekeeper of the mitochondria. The PDK suppression causes the cell’s mitochondria to fire up. This accomplishes two things, first, it forces the cancer cell to stop the metabolic process it favors and second, it turns the cancer cell’s “suicide” switch on as well.

This reason this happens is that the mitochondria are the leading regulators of cellular suicide or what’s called apoptosis. The mitochondria have a lot of sensors which respond to abnormalities by hitting the self-destruct button on the cell.

When the mitochondria of a cancer cell understand it’s a cancer cell, it instinctively kills itself. This is why radiation and chemo result in horrible side effects. The normal healthy cells actually will die much faster as a result of the self-destruct button.

Cancer is able to grow quickly because the mitochondria have become deactivated. Therefore, the cells are able to bypass apoptosis. The cells are able to grow in the absence of oxygen. DCA will reverse this. DCA quickly brings about cancer cell death and also works well with other cancer therapies. There have been a number of scientific studies conducted to date and the majority of them are encouraging.

Medical Research from a Canadian University conducted recently confirmed that scientists are aware of the cause of cancer. When aged cells die off and are replaced with new cells this is a part of our normal cellular life cycle which keeps us healthy. It is when the older cells that are sick and no longer have the ability to die and replaced with new ones that the door to cancer is opened.

Medical trials recently conducted using Pure DCA show the mitochondria compound can be reactivated by this compound. A cell’s normal function of cell death or “apoptosis” is then restored. Again, this informs an older cell when it’s time to die and be replaced by a healthy new cell. Also, in a scientific journal published studies it was reported that shrinkage in tumor size and mass occurred. 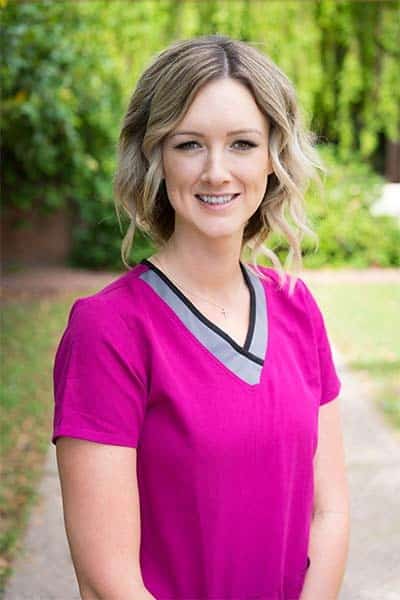 Samantha Holland, RN, BSN, MSN is originally from Albuquerque, New Mexico, I moved to Arizona in 2013 with my husband and two Boston Terriers to attend nursing school at Brookline College. While there I received both my Bachelors and Master’s degree in Nursing. My experience includes the acute care setting (med/surg, progressive care), regenerative medicine, and home health.