There are highly effective methods to target cancer cells specifically. 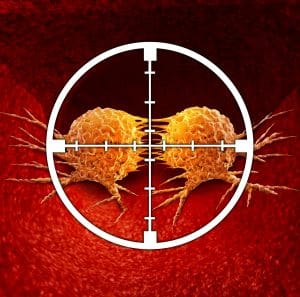 One of the most tragic truths of our world today is that most people with cancer die from the treatments, not from the natural progression of cancer.

Dr. Hardin B. Jones, a former professor of medical physics and physiology at the University of California, Berkeley, has studied the life expectancy of patients for more than 25 years and has come to the conclusion that full dose chemotherapy does more harm than good.

Dr. Jones’ study also found that the same is true concerning conventional treatments for breast cancer. Women with breast cancer who refused chemotherapy, radiation and surgery — and remained untreated — likewise lived four times longer than women who went under the knife or agreed to be poisoned with chemicals.

Unfortunately, the conventional approach to cancer is based upon the military model, where the doctor is the General and the nurses and technicians are the soldiers in a war against “the tumor”. The problem with this approach is that the battleground for this war against the tumor(s), is the human body, where all of the collateral damage occurs, which are euphemistically referred to as “side effects”.

That means that most patients lose their appetites, experience nausea and vomiting, have difficulty with their bowels, have very poor energy levels, are unable to sleep and are often depressed.

Our focus is on the patient, not the tumor.

Our goal is to eliminate the tumors while allowing the patient to enjoy being alive and spending time with their family and friends, continue working and having a social life, enjoy a good night’s sleep and have their bowels and other bodily functions proceed as close to normal as possible.

We do not “go to war” against the tumor since it is part of the body and that would be the same thing as going to war against the person.

Understanding the biology of cancer allows the development of therapies that challenge cancer cells by putting them in a position where they do not have the enzymes required to metabolize a particular substance, usually of botanical (plant based) origin like vitamin C, artesunate, etc.

On the other hand, healthy cells do have the required enzymes and are either benefited by the therapy or completely unharmed.   NON-TOXIC THERAPIES.

The result of this kind of therapy?

The cancer cells die AND

No damage to healthy cells, tissues and organs.

There are certain situations where chemotherapy is necessary and so it is administered as metronomic chemotherapy along with a biological response modifier so as to minimize “side effects”.

Below is a list of the multiple ways our treatments and therapies target cancer cells.

To learn more about how to boost, enhance and strengthen your immune system, visit here!