Coffee enemas are done with a special green coffee provided to you by the center produced by SA Wilson.

An enema can be performed using coffee. Coffee enemas have been a respected part of the medical treatment since the early 1900s. In fact, coffee enemas were listed in the Merck Manuals from 1917-1972.  When using a coffee enema, the caffeine from it is absorbed and goes straight to the liver and becomes a very powerful agent of detoxification.

The healthy beneficial action of a coffee enema is to boost the capabilities of the liver and gallbladder. The goal is to eliminate toxins and this is accomplished with the stimulation of the flow of bile and also the increase of enzymatic action by the liver.  The coffee is absorbed directly in the sigmoid and then taken up to the liver by the sigmoid vein. As a result, more bile is produced by the liver where the bile is pushed out to the small intestine for removal.

This frees up the liver allowing it to process more toxic substances that have been built up in the bloodstream, organs, and tissues. Since all of the blood in your body is circulated through the liver every 4 minutes, a twelve to twenty-minute long coffee retention enema would increase the blood flow through the liver, creating a form of dialysis and a brilliantly effective detox as well as the activation of glutathione from the liver.

Since the liver is the body’s primary detoxification organ, coffee enemas help stimulate the release of chemical toxins and metabolic wastes.  During cancer therapy, dying cancer cells release a variety of toxins that can make a person feel weak and sick.  In other words, the treatment is working and cancer cells are dying, but the person may be feeling worse.  Coffee enemas provide a potent cleansing effect that can quickly reduce low-grade fevers, headaches, muscle aches, rashes and other “Flu-like” symptoms of toxin release from dying cancer cells.

NOTE: Drinking coffee does NOT provide the same benefits and could be harmful if consumed in large quantities as it creates a more acidic environment in the body.

The Benefits Of Coffee Enemas 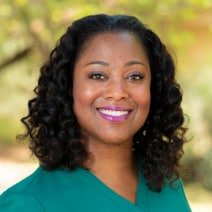 As an I-ACT certified Colon Hydrotherapist, I know the power of combining nutrition and naturopathic modalities to create an environment in the body conducive to health and healing. For six years I have been practicing colon hydrotherapy alongside many passionate practitioners and doctors.

I wanted to be part of the Oasis team because the program here is in total alignment with my experience and philosophy regarding healing. I love assisting patients in reaching their cleansing and detoxification goals. It is also important to me to be able to participate in providing hope along the journey of healing for our patients.

I enjoy exploration and travel within the USA and abroad. I am a fierce volleyball player who especially loves playing beach volleyball. One of my more important hobbies is educating myself regarding nutrition and toxin-free living.