Why You Should Eat Only Plants 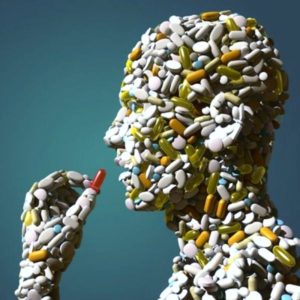 Why is it true that every 38 seconds an American has a heart attack?

How is that we no longer have a standard of true health but rather standards based upon varying degrees of ill health?

If you stand on any street corner or in any shopping mall and view those passing by, you can not help but realize that we have become an army of sick men, women and children mesmerized and addicted to taste treats, electronic input, and minds full of information regarding which celebrity is dating the other.

When your doctor has your blood drawn by a laboratory or sends a sample of your blood to a laboratory, the results are compared to the “normal” blood reference ranges derived from an unhealthy population of people. So please understand that when your doctor says, “you’re blood tests are normal, you are OK”, it simply means that a condition has not been identified for which to prescribed a drug. 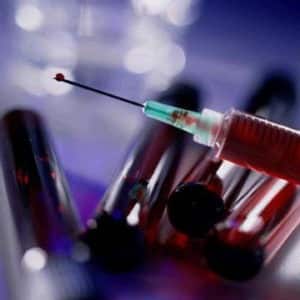 Remember, normal Americans have heart attacks every 38 second and half of them get cancer.

So who wants to be normal?

“I don’t understand it- he went to the doctor on Friday and everything was OK”, is a common statement made by widows at funerals.

Our culture fosters disease and weakness of both mind and body!

Rather than prepare us for a life full of health and joy, our culture devotes an incredible amount of its resources to “caring” for the inevitable growing number of invalids and disease ridden children, teenagers and adults.

What has happened to us is simple.

We have lost our way! We have forgotten that our bodies are products of Nature and as such, are subject to the laws of Nature. The fundamental law which governs the physical universe (Nature) is the law of cause and effect. It is inescapable! 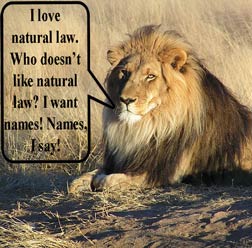 Natural laws, unlike human laws, are non-negotiable. Step off of a building and you will fall at 32 feet per second-squared and there is no negotiating. If you plant an apple seed, you can not negotiate an orange tree.

A major consequence of having ‘lost our way’ is that we have lost our connection with Nature. Animals are “plugged” into the wisdom of Nature by a mechanism known as instinct and therefore do not need to learn what, when and how much to eat.

Having ‘traded’ our minds for our instincts, we now eat only to pleasure our tongues, not to nourish our bodies. Each culture has a distinct cuisine which is an essential aspect of that culture’s unique identity. Cuisine is nothing more than specific ways of pleasuring tongues. Our appetites therefore, vary from live monkey brain to insects to bull testicles to pasta to fruit all depending upon where we were raised.

In order to understand the laws which govern our biology, we need to understand first of all that we are mammals. Mammals can be sub classified or further distinguished by the structure and function of their respective bodies, that is their anatomy and physiology. The group to which we have been assigned by biologists based upon anatomy and physiology includes elephants, rhinoceroses, horses, and gorillas. This group has horizontally as well as vertically moving jaws, full cheeks and lips, alkaline saliva, long and convoluted intestines, sweats rather than pants and many other biochemical differences including amount and types of enzymes and pH differences in many organs. This group has been designed by nature for a plant based diet.

We humans, however, don’t like to eat rigid corpses so we allow them to soften through a process known as decay for several days. Decay is an unpalatable term so we refer to the process as “aging”.

Close to all of the usable energy on this planet comes from the sun. Plants capture that energy and convert it to forms that are usable by animals. The animals then eat the leaves, stems, fruit, seeds and nuts. Some animals eat the animals that eat the plants. But at each step, as energy is transferred from sun to plant and plant to animal and animal to animal, energy is lost.

Clearly, one of the most important reasons that we eat is to obtain energy.

Now consider how much energy can be derived from a corpse! Can we eat dead animals? Sure! We can also smoke cigarettes, take narcotics and drink alcohol but we certainly will not achieve optimal functioning and in time we will develop chronic, degenerative diseases.

If you continue planting apple seeds, don’t be surprised when you find an apple tree growing in your yard!

When we evaluate the health and dietary records of countries where animal carcasses make up only a small proportion of the diet, we find that heart disease and cancer are not commonly found.

On the other hand, when we evaluate the health and dietary records of countries where animal carcasses make up a moderate to large proportion of the diet, we find that heart disease and cancer are the number one and two most common diseases and causes of premature death.

There are several other very important concepts needed to be understood in order to eat according to our ‘nature’ as human beings’ however eliminating corpses, by products and excretions of animals is the first and most important step along that journey.

[Note: This article was published on www.veganculinaryexperience.com in September 2006 under the title of: What Has Happened To Us.]