Why The Sun Does Not Cause Cancer 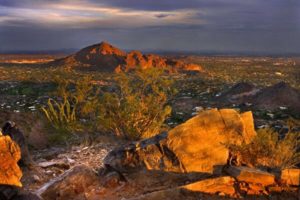 Whether you live in Arizona or are visiting, I am sure you have no question why this area is referred to as “the Valley of the Sun.” Phoenix has nearly 300 days of sunshine throughout the year. The sun’s role in health has come under question over the past few years and since we are here, it would behoove us to understand that role.

Most people believe that exposure to sunlight increases their risk of cancer.

This is simply NOT true!

In fact, insufficient sun exposure is an important risk factor in the development of many cancers in both Western Europe and North America, according to a study published in March of 2002 in the journal, Cancer.

What is really the truth is that exposure to the sun actually decreases cancer rates.

In the March, 2002 study, 506 regions studied were found to have an inverse relationship between cancer deaths and sun exposure. That is, the less sun exposure, the greater the chances of dying from cancer. The mortality rates from a wide range of cancers in New England were found to be around twice as high as those in the southwest, despite similar dietary habits. There were 13 malignancies which demonstrated this inverse relationship; the strongest correlation was found with breast, ovarian and colon cancers.

And although not quite as high, increased death rates related to insufficient sun exposure were also found in people with cancers of the bladder, uterus, esophagus, rectum, and stomach. Dr William Grant, the author of the study, indicated that in the northern United States it becomes so dark in winter that Vitamin D synthesis in people ceases completely.

Today, it is well known that the active form of Vitamin D regulates cell growth and differentiation. When it is deficient, cellular growth can become abnormal and cancerous. In fact, Vitamin D and its analogs are now being used therapeutically for certain cancers by conventional medicine.

Laboratory, animal, and epidemiologic evidence suggest that Vitamin D may be protective against some cancers. Clinical studies now show Vitamin D deficiency to be associated with four of the most common cancers: Breast- Prostate- Colon- Skin.

What about skin cancer?

“Epidemiological, experimental, and mechanistic data implicate omega-6 fat as stimulators and long-chain omega-3 fats as inhibitors of development and progression of a range of human cancers, including melanoma.” Cancer Res 2000 Aug 1;60(15):4139-45: That is, omega-6 fats stimulate cancer whereas omega-3 fats inhibit cancer. However, since omega-6 fats are essential to life, what is important is to return to a healthy ratio. The ratio of health is 1:1 or 2:1 (omega-3:omega-6).

There are many healthy sources of omega-3 and omega-6 oils that are non-animal in origin. Some excellent sources are hemp seed oil, flax seed oil, chia in the form of Salba, avocados, soaked nuts, durian (a fruit) and others. This exceedingly important topic is beyond the scope of this article but should be understood thoroughly. 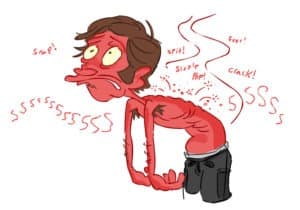 Since many sunscreen products are toxic and should be avoided by most people, the solution is to avoid getting burned by gradually increasing the length of time spent in the sun. It is sunburn in conjunction with an excess of omega-6 fats that will increase your risk of skin cancer.

Octyl methoxycinnamate (OMC) is found in 90 per cent of sunscreen brands and has been found to be cytotoxic (kills cells) by Norwegian researchers. Titanium dioxide is another compound which is found in many sunscreens. The U.S. government’s National Institute for Occupational Safety and Health (NIOSH) labels the chemical “a potential occupational carcinogen.” There are, however, non-toxic brands available and should be used whenever sunscreen is necessary.

According to researcher out of Memorial Sloan-Kettering Cancer Center in New York City, sunscreen can prevent both basal and squamous cell carcinomas but does not protect against melanoma. There is evidence that it is the chlorine in showers and pools in combination with excessive sunshine that contributes to the increase rate of melanoma.

Clearly then, it is a grossly simplistic and counter-intuitive idea that the primary source of energy for this solar system and the most brilliant of celestial bodies radiates harmful electromagnetic energy and must be avoided.