Why Do So Many People Have Cancer 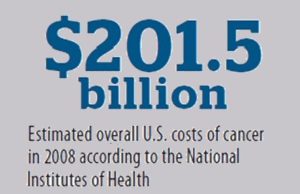 Why Do So Many People Have Cancer These Days?

Why do so many people have cancer  is a concerning question  coming up a lot lately from all of the people that follow us. It’s an important question to answer. As a matter of fact, in America now it’s about one out of two-and-a-half people that will get cancer in their lifetime, and it’s pretty scary.

And then worldwide, it’s pandemic; if we look at Denmark, if we look at France,  the leading cause of cancer for women between a specific age group is breast cancer, and with men it’s prostate cancer, and for both of them it’s colon cancer.

And again, this is worldwide. So the question is, what’s going on? Something has changed, because a hundred years ago, this wasn’t the case. And, there’s really one answer, but it’s got several arms to it.

The main answer is that our bodies are overwhelmed with a toxic load. Our biological systems are always doing one thing, and that is maintaining homeostasis, or attempting to maintain homeostasis, which means balance. They’re trying to maintain their integrity, and balance, and functionality.

Biological systems will do that through on a very fundamental level, do it through their biochemistry. For example, in cancer, when enough of the toxins destroy certain intracellular organelles called mitochondria, and as a result, they lose the ability to use oxygen. Cells are in a constant defensive mode, our bodies are defending themselves all the time. Instead of my heart being free to just do heart stuff, to produce heart proteins, it’s defending itself all the time, and so my cardiac function declines.

Watch Here As Dr. Lodi Explains Why So Many People Have Cancer

My liver can’t just do liver stuff, it’s defending itself from being attacked, and so again, my liver function can decline. Same with kidneys. That’s the first aspect and cancer has three aspects.

It’s called the initiation phase and that’s where the seed is planted. Then there’s the promotion stage or second stage which is where it starts to grow and multiply, and then the progression stage or third stage is which is where it spreads. Those are the three stages that all oncologists and all of the medical scientists look at. The initiation or the seeds of cancer are much more than they used to be. For example, cigarettes and cigarette smoke are seeds.

Vaccinations are also a seed. I mean any of us that have had the polio vaccine have a virus, and it’s called SV-40, Simian virus number 40, which is carcinogenic, and that’s just one of the vaccines we had.

So vaccinations are definitely a seed. Radiation is a seed. We have no idea yet of the effect that electromagnetic frequencies (cellular phones) have on us but we know that they’re not good and we know that we’re seeing a lot more brain cancers and auditory canal cancers from cell phones.

There’s a lot of seeds out there, but the main thing is this, is you can have the most delicious seed in the world, and if you plant it in the desert it won’t grow. That’s the thing, our job is not to fertilize and water these seeds. Anyways, I hope that answers the question why there’s so much more cancer today than ever before.