What Is Systemic Inflammatory Response Syndrome? 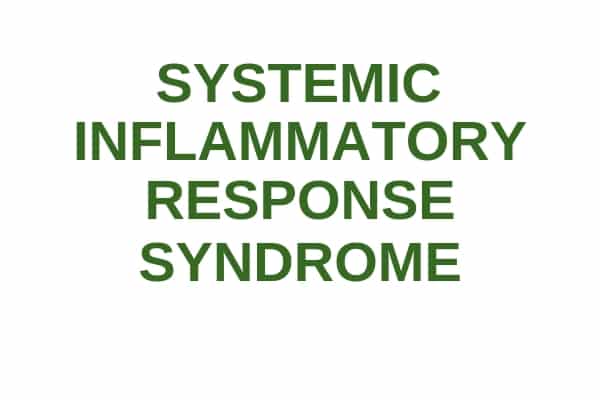 What is systemic inflammatory response syndrome or SIRS and how do you treat it?

In a new video, An Oasis of Healing founder and integrative oncology expert Dr. Thomas Lodi provides a brief overview of systemic inflammatory response syndrome what causes it and how it can be managed.

As the name implies, SIRS is a condition wherein there is “inflammation throughout the whole body.” This inflammation may be caused by severe bacterial infection or sepsis, pancreatitis or trauma. Symptoms include low blood pressure, fast heart rate, low or high body temperature, and blood cell count. If unchecked, SIRS can lead to multiple organ failure, shock, and death.

SIRS happens when there is an amplification of the “positive feedback loop between cytokines and inflammatory cells.” Cytokines are “proteins, peptides and glycoproteins” released by specific cells of the immune system. They are “signaling molecules” that regulate immunity, inflammation, and hematopoiesis (production of all the cellular components of blood).

Dr. Lodi explained, “It can happen to people with cancer or any end-stage chronic disease. People with SIRS can mimic the same problems as people with sepsis. Their blood pressure would be going down and their heart rate going up as well as having a fever and other things.

The only difference is the blood cultures are negative as there is no bacteria in there. It just gets set into motion with all this cascade of cytokines and negative type things from the endothelium, etc.” He noted that pharmaceutical companies came up with a drug that “worked a little bit.”

“They found out that the reason the drug worked is that it had the ability to prevent endothelial dysfunction associated with suppression of certain chemicals produced by the cell. It actually suppresses the NF-kB. NF-kB is a central molecule involved in inflammation. This drug was able to suppress it. Well, vitamin C is also able to do this,” Dr. Lodi furthered.

NF-kB is “one of the key regulators of inflammatory immune responses.” It also helps regulate cytokine production and is “implicated in a number of pathologies,” including cancer. According to a study, vitamin C is able to inhibit the activation of NF-kB through multiple stimuli. They also found that vitamin C was “not toxic to cells.”

“In fact, Vitamin C not only suppresses NF-kB but also nuclear translocation of p65 and regulated expression of the COX-2,” Dr. Lodi added. “It also decreased the hypoxia-induced factor and targeted VEGF.

Vascular endothelial growth factor (VEGF) is a major target for cancer treatment because many tumors produce large quantities of VEGF. In fact, cancer diagnosis and prognosis may be assessed via changes in VEGF concentration in blood.

In the video, Dr. Lodi reiterated why it “does not make sense” to do targeted therapy. “Nature doesn’t single out one single thing and try to fix it. Nature does it all,” he said. “You can’t stick your finger in this big biochemical dance and just stop this one thing and think you’re going to fix it.”

Vitamin C therapy for cancer is one of An Oasis of Healing’s intravenous therapies, which are part of the center’s comprehensive cancer care program. Visit the website and get in touch, for more information and expert guidance on alternative cancer therapies.