What Causes Addiction It’s Not What You Think 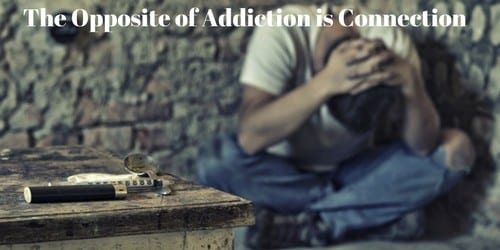 What causes addiction is not the obvious answer you have in your head right now, no, it is not drugs.

The majority of people think the reason why people ultimately become addicted to drugs is based solely because of the drugs themselves. This couldn’t be further from the truth, as shown repeatedly by scientific studies on drug addiction.

Here’s a question, what causes heroin addiction? That’s a silly question, isn’t it? The answer is easy, every one of us knows the answer. Heroin causes heroin addiction. Let’s break down how this works. As an example, if a person were to use heroin for twenty straight days, then on the twenty-first day their body will physically crave the heroin in an aggressive fashion because of the chemicals in the drug. That is the meaning of addiction. Hold on though as there is a catch. Pretty much everything we thought we knew about addiction is false.

Let’s say a person breaks their hip, they’re brought to a hospital and administered a lot of diamorphine for days, sometimes weeks and in rare cases months. Please note, diamorphine is in fact heroin. Diamorphine is far more potent heroin than what is purchased on the streets. Why is that you ask? The answer is, it’s free of all the contaminates the drug dealers use to dilute what they sell.  People in hospitals are being administered a lot of high-quality heroin as you’re reading this article.

Now, logically you would assume that a certain percentage of these people would become addicts, however, that assumption doesn’t play out. These people do not become addicts as study after study shows us. Someone’s grandfather who had a hip replaced didn’t become a junkie. How can that be? The addiction theory that exists today was arrived at as a result of a number of experiments conducted during the 20th century. The experiment they conducted was simple. They took a rat with two bottles of water and inserted it in a cage. The first water bottle contained just water, the second bottle had water infused with either heroin or cocaine.

The rats become obsessed with the water drugged with the heroin or cocaine most times this experiment was run. On top of that, the rat kept returning over and over for more drug water until eventually, it dies. Bruce Alexander, who was a psychology professor happened to observe something different about the experiment during the 1970s. There was a single rat in the cage all by itself. The rat had absolutely nothing else to do but drink the drugged water. Mr. Alexander wondered what would happen if the experiment was conducted in a different way?

He ended up building what would be considered utopia for rats and called it Rat Park. It was a huge lavish cage consisting of many other rat playmates, tunnels to run through, colored balls to play with, and there was an opportunity for lots of sex. Everything a rat could want was present and they had the choice of the drugged water or normal water bottles to drink from. The amazing discovery was in Rat Park, they rarely ever drank the drugged water. There wasn’t one of them that used it compulsively and no rat overdosed on the drugged water.

Well, maybe this is just what rats do, right? Was there a human experiment that was equivalent to compare these findings to? The answer was yes, it was the Vietnam War. During the war, a lot of heroin was being used by 20% of American troops. There was pure panic back home as many figured after the war, there would end up being hundreds of thousands of heroin junkies on the streets across the US. A study was done where it tracked the troops returning home and what was found was astonishing. The soldiers didn’t need rehab and there were no signs of any withdrawals. The study showed that 95% of the soldiers using heroin in Vietnam just stopped using once they returned home.

That would make no sense to a follower of the old theory of addiction. Conversely, if you were a believer of Bruce Alexander’s theory, then it makes total sense. And the reason it does is if a person is dropped into a massive, nasty jungle in another country where they never wanted to be and have to kill or be killed in the drop of a hat, then using heroin is a good use of time. Now, soldiers going back to their safe and comfortable home surrounded by family and friends is the equivalent of being taken out of the first cage and inserted into a rat park for humans.

Bottom line, it is not the drugs, it’s the cage. Collectively, everyone needs to view addiction from a different perspective. Humans, being part of nature, have a need to bond and connect. When people have their health, and are happy, they will bond with people around them. However, when that’s not possible as a result of being isolated, traumatized, or life has just beaten them down, they will end up bonding with anything that provides some relief. This bonding to something could be any one of the following; checking a smartphone every 60 seconds, pornography, gambling, video games, or it could be heroin or cocaine. Make no mistake, a person will bond with something as it is our human nature.

Drugs Are Not What Causes Addiction Watch And Learn

Forming healthy bonds is the only way out of unhealthy bonds. The need to be connected to people you want to be around needs to be present. A disconnection from nature and from each other is happening all around us and addiction is one of many symptoms of this crisis. Every human feels it. Starting with the 1950s, the average number of close friends has been declining for every American. This in comparison to the amount of square footage in all homes has been increasing steadily. So, the choice has been square footage over friends and stuff over human connection.

The fight against the war on drugs has existed for almost a century now and it has made everything even worse. We have isolated these people from society where we should be assisting them in their healing and connecting them to society. Getting jobs and becoming stable is even harder for them now. Currently, support is stripped away along with any benefits if they are caught with any drugs. Then, we put them inside prison cells or isolation cages. We take people who are ill and stick them in a scenario where they feel worse and when they don’t recover, we dump hate on them.

We have talked about individuals recovering from addiction for far too long now. What we need to focus on now is a social recovery. There is something that has gone wrong with us as a group. We need to be constructing a society that resembles something more like a Rat Park and move away from those isolated cages. We have to rediscover each other and start living according to the laws of nature. The opposite of addiction is not sobriety. The opposite of addiction is connection.