Three Types Of Estrogen And The Cancer Implications Explained 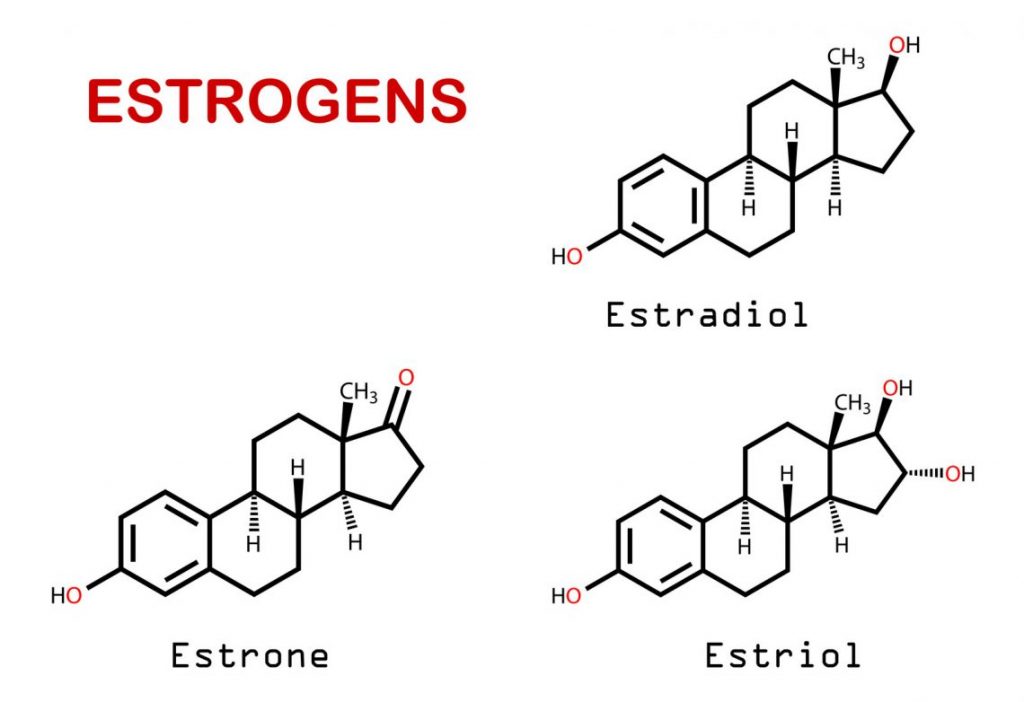 The three types of estrogen; estradiol, estrone, and estriol have different effects in the body especially relating to cancer.

All estrogens are not created equally. Whether it is the three types of estrogen we’ll discuss in this article or the many other types and their effects of the different estrogens in men as well as in women, there is much confusion regarding estrogens.

It would appear that the majority of people believe that there is only 1 important estrogen and for women, estrogen production stops after menopause or after a total hysterectomy.

Estrogens are produced by various tissues in the body. Most know that the ovaries are the primary production site of estrogens in cycling women.

But, did you know that the adrenal glands and fat cells produce estrogens as well.  In fact, beyond menopause and in men, abdominal and visceral fat is the primary site of estrogen production.

The three types of estrogen produced in the body are:

These 3 estrogens, though similar, have very different estrogenic effects which have significant cancer implications.

Estriol is also produced from the liver in smaller amounts. Estriol’s activity is focused on hair, nails, skin, and the vaginal lining. Studies also suggest estriol has potential in breast cancer prevention secondary to its higher affinity for the beta estrogen receptors (ER-beta).

Estriol binds to the ER-beta in the breast to inhibit breast cell growth.  Estriol has a 3:1 higher affinity for ER-beta versus ER-alpha which promotes a more anti-inflammatory signal [1] [2].  It is important to remember that the ER-beta receptor regulates the ER-alpha receptor.  Thus, estriol’s affinity for ER-beta will counter any ER-alpha signaling. In contrast, estradiol and estrone will increase breast cell growth (cancer) because of their higher affinity for the alpha estrogen receptors (ER-alpha).

Estrone (E1) is the second most potent estrogen produced in the body.  In women, premenopausal estrone production predominantly comes from the adrenal glands and fat.

Estrone is produced predominately from fat cells beyond menopause. Overweight and obese women and men have high circulating estrone levels.  The enzyme aromatase, that converts DHEA into estrone, is upregulated in fat.

In stark contrast to estriol, estrone has a 5:1 higher affinity for ER-alpha versus ER-beta in the breast and other tissues 23 24.  This ER-alpha preference will preferentially promote breast growth. Estrone increases inflammation due to its higher affinity for the ER-alpha receptors.

Estradiol is the most potent and dominant estrogen for a woman who is cycling. Estradiol is produced predominately from the ovaries and declines after menopause with the decline in ovarian function.

Estradiol is the main stimulus for the lining of the uterus during the first 2 weeks of a woman’s monthly cycle and is also involved in triggering ovulation. Estradiol has an equal affinity for ER-alpha and ER-beta alpha receptors 23 24.  However, estradiol has a very high affinity for the estrogen receptors which promote breast growth and inflammation.