The Rhythm Of Life By Dr Thomas Lodi 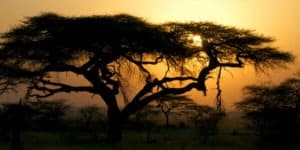 The following article on The Rhythm of Life was written by our founder of An Oasis Of Healing, Dr. Thomas Lodi.

It is such a beautifully written piece that we wanted to share it with our entirte audience which is why we are posting his article here on our blog. Please take the time to read it and share it with others as the rhythm of life must be restored and people need to understand why that needs to happen.

The rhythm of life has become unnatural to the point where we are on the verge on the sixth mass extinction in the past billion years.

The fundamental context of the phenomenal or physical universe is that of perpetual change occurring in both space and time.

Motion, being the essential element of change, is occurring at all levels of perspective from the sub-atomic (or quantum) to the planetary (or cosmic).

‘Spin’ and ‘orbit’ constitute the intrinsic nature of motion itself and are therefore manifest in celestial bodies, such as the Earth and Sun as elliptical orbits from one perspective while at a broader perspective as spirals moving through time and space.

Both ancient and modern people not only acknowledged but also celebrated this ‘rhythm of life’ as it manifests in the relationship between the Earth and the Sun.

The “four corners of the year” on Earth (or seasons) occur due to changes in the direction of Earth’s orbital relationship with the Sun, which is reflected physically, mentally and spiritually in all Earthlings.

The foods that are available, the sleep cycles and requisite activities of all non-human creatures follow flawlessly the seasonal transitions under the auspices of instinct (or divine guidance).

However, since humans have abandoned ‘instinct’ in favor of ‘culture’, each culture has had to develop rituals in the form of disciplines, ceremonies and celebrations that would allow them to navigate the passage of the seasons.

In both indigenous and ancient cultures, these rites and ceremonial acts evolved into sacraments, which were repeated reverently from generation to generation thus preserving this ancient wisdom regarding the celestial dance between the Earth and her consort, the Sun.

The displaced reverence and adoration of ‘the artificial’ (or man-made), however has resulted in the “religion” of science and the colossal proliferation of its’ progeny, ‘technology’.

So, here humanity stands at the precipice where the exploitation and appalling abuse of Nature has wreaked such extreme havoc that the “law of consequence” stands poised, threatening the very existence of today’s Earthlings, both innocent and complicit.

The Rhythm Of Life Must Be Restored

If there is any chance that we might reclaim our inheritance and salvage the unfathomable beauty of Nature and thereby be restored to resonance with all creatures, we must “come back to Earth”.

This would clearly involve living in accordance with the natural laws that define human biology, which is as intimately aligned with the seasonal changes as it is to ‘day’ and ‘night’.

Being diurnal in nature, human physiology is optimized by sleeping at night and being active during the day.

Seasonal adaptation is vastly more complicated than the daily circadian rhythms, however follows the same principals, which requires living in parallel to similar creatures in the ’wild’ that continue to be bound within the web of instinct.

Adaptation (or change) requires the elimination of “the old” and the establishment of “the new” and this process is no more evident than as each season transitions into the next by simply observing what ceases to be available and what comes to be available, from food to ratios of day to night.

Put into the context of the human condition as it is experienced today where science and technology have insidiously transformed cultures into corrupted versions of themselves, cleansing transformations from one season to the next can no longer be left adrift in history.

The ancients realized the need to cleanse themselves with each changing season due to accumulated waste.  And, it is necessary to keep in mind that in those ancient days, the accumulated waste was all derived from natural (non-artificial) sources hence the detoxification systems inherent in the human physiology were easily capable of eliminating it all.

This is not the situation today…. Much of the waste accumulated today is synthetic (or unnatural) hence the organs of detoxification, not designed for such chemistry become easily and repeatedly overwhelmed.

The seasonal rituals of old were based upon the concept that each season represented an opportunity or requirement to renew both the individual and the community.

In the modern era, sacrifices are clearly unnecessary and irrelevant but both fasting and subsequent celebrations are as relevant today, if not more so than yesterday.

Unfortunately, modern life seems to have relegated fasting to but a few hours a day for some brief period of time or merely eliminated certain foods for that period rather than a true cleansing and healing fast.

If people fail to cleanse periodically, the accumulate toxins begin to compromise all organ functions, including the brain.  Since this occurs very slowly and insidiously over time, it proceeds mostly unnoticed.

Some specific consequences of brain toxicity resulting in subtle dysfunctions can be seen in such phenomena as “road rage”, obsessive-compulsive behavior such as stalking celebrities and others, “attention deficit disorders”, aggression, mass shootings, etc.

Brain toxicity has become rampant not only in the US but in other “civilized” countries where we see riots and killings at sporting events, such as soccer.

A more subtle manifestation of brain (psychological) toxicity is quite apparent when one views the hordes of consumers wading through shopping malls eating and purchasing non-essentials, not as a periodic distraction but rather as a “way of life”.

This, as well as the obsessions with fame, celebrities and “reality” shows, which incidentally focus on situations that are far from the agreed upon “reality” in which the majority of people live has come to define a modern day culture that finds entertainment value in the extremes of life from the flagrant self indulgence associated with the lifestyles of the “rich and famous”, to televised wars to the horrific contests played out in “reality” shows.

This same depraved and ultimately destructive social consciousness seems to be a predictable outcome of accumulated toxins, which parallels, or more accurately precipitates the imminent downfall of civilizations, as has been observed throughout history from Sodom & Gomorrah to Babylon, ancient Egypt, Greece, Rome and on and on until today, where humanity finds itself, as a consequence of technology in “a civilization” spanning all continents.

The human race needs to now, more than ever, fast (cleanse) and subsequently celebrate renewal rather than engage in continual excess all the while taking “selfies” to capture and memorialize each shameless display of unabashed vanity.

The “rhythm of life” has become distorted into a syncopated, gluttonous, cultural “rap” that is now precipitating the ‘sixth mass extinction’ in the past billion years.