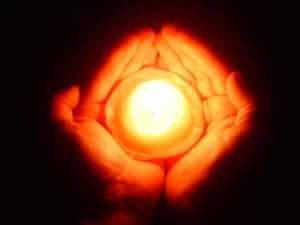 All life can be viewed as the exchange and transfer of energy.

Each biological entity has a specific form (anatomy) that is designed to receive, utilize and transfer energy (biochemistry-physiology).

In our solar system, the source of the energy that enlivens all the creatures of the earth is the sun. Plants are designed to capture that solar energy and then use it, through photosynthesis, to grow and produce fruit, leaves, stems, roots, seeds and nuts.

Certain animals then consume those plants and through oxidative phosphorylation, power their cells to grow, differentiate and divide. Other animals, then consume those animals and ultimately, all biological life is recycled through micro-organisms (fungi and bacteria) in the final extraction of energy.

This final step resolves seamlessly into the first step, completing this circle of life, when the components that made up the organisms’ bodies are broken down into their elemental structures to be used for nourishment by plants (fertilizer).

At the most basic level, all energy transfer in biological systems occurs through what chemists call, redox reactions. That is reduction-oxidation reactions. These reactions involve the transfer of electrons, which seem to be the basic, fundamental form that energy takes.

In fact, it is the unfathomably complex and intricate movement of electrons that brings life and organization to biological systems.

Once all electrical activity ceases, the organism is dead.

This is clearly seen in emergency rooms; when all else has failed, the ‘electric paddles’ of the cardioversion machine are brought out and placed on the chest of the person with no electrical activity (flat line on EKG) in an attempt to re-establish the flow of life. This same phenomenon amuses children and adults with the use of a potato clock where two electrodes from the clock are stuck into a potato, whose bioelectrical energy is harnessed to power the clock.

This flow of electrons is what has become known as ‘electricity.’ 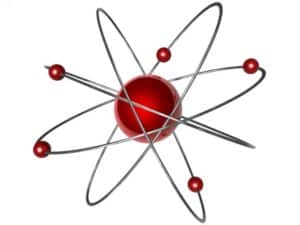 What is an electron, you might ask…no one knows…but in China, it is referred to as Chi, and in Japan, as Ki, while in India, it is known as Prana. It is that, which animates the flesh and hence can be understood to be the manifestation of the breath of God.

It is the redox biochemistry of living organisms that permits ‘life’ to raise its head amid all the lifeless geological forms on this earth. The geochemical and biochemical cycles of Earth have become inextricably interwoven into one grand cycle through this redox biochemistry. The dominant bioenergetic pathways of photosynthesis (plant) and respiration (animal), which power the biosphere of planet earth flourish on the reducing equivalents stored in water and the oxidizing equivalents stored in oxygen.

Remember, the fossil fuels are actually the stored solar energy trapped within ancient plants (oil) and machines are mechanisms for extracting and using that energy in a most inefficient and wasteful manner that has resulted in the tragically polluted condition of our planet.