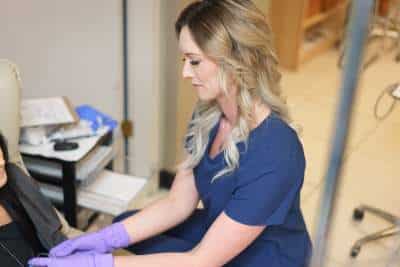 Metabolic Treatment of Cancer Challenges It At Its Core

The conventional way to treat cancer is with chemotherapy. It is a treatment for cancer cells that uses poisonous chemical substances that destroy some forms of cancer but it also destroys normal healthy cells as well. Chemo also shuts down the protection we receive from our immune system whereas metabolic treatment of cancer does no harm to healthy cells.

Chemotherapy is an aggressive treatment that is very hard on a patient and causes a good deal of distress. There are two significant problems with chemotherapy.

The first is that it often harms normal healthy cells as stated. The other significant problem is that patients often experience intense side effects. For example, almost all chemo patients experience hair loss.

Other side effects include fatigue, nausea, vomiting, constipation, and more. Fortunately, there are ways to challenge cancer cells at a metabolic level which do no harm to normal healthy cells and produce virtually no side effects.

What are examples of a metabolic treatment of cancer?

Intravenous Vitamin C as a Treatment for Cancer

This is a treatment that was discovered back in the 70s. It was found that high doses of Vitamin C can have a detrimental effect on cancer cells. Moreover, taking the Vitamin C intravenously rather than in pill form has been found to be more effective. When intravenous vitamin c is used with other integrative cancer treatments, such as ozone therapy, there were no side effects.

Intravenous B17 as a Treatment for Cancer

This is an extract from the raw apricot seed, which is similar to the B17 tablets. Taking B17 intravenously is a whole food, whereas taking it in pill form may include additives. Large doses of B17 go directly into the vein, which is the most effective way to utilize this treatment. However, as with Vitamin C infusions, intravenous B17 challenges cancer cells at a metabolic level.

Intravenous Artesunate as a Treatment for Cancer

This alternative cancer treatment is derived from the sweet wormwood plant and was used in traditional Chinese Medicine in ancient times to treat malaria and other ailments. When injected, Artesunate is lethal to iron which forms free radicals.

Metabolic treatment of cancer continues to grow across the globe becoming more widely used and utilized based on its promising results. More doctors around the world are becoming educated on the benefits of alternative treatments for cancer.

Doctors are aware of the disastrous effects of standard cancer treatments such as chemo and radiation. They are starting to go beyond these conventional treatments to more alternative based treatments where they see people getting better through their treatment protocol.

And, for some doctors, in place of using standard chemotherapy, they are seeing the benefits and effectiveness of IPT therapy in their treatment protocol. The day when alternative methods take the place of conventional methods for treating cancer must become a priority for the medical profession.