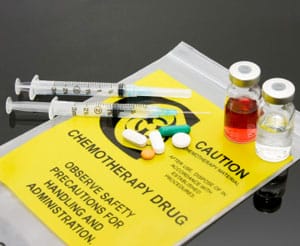 “You have cancer” are, perhaps, three of the most dreaded words that one can ever hear.

This is true not only because cancer can be so devastating in and of itself, but because almost everyone knows or has seen the extent to which people’s bodies become ravaged while undergoing chemotherapy.

More than 40% of people receiving chemotherapy die from malnutrition and more than 10% die from overwhelming infections.

They do not die from the cancer but rather from the side effects of chemotherapy.

What if those side effects could be greatly minimized? Well, they can!

Insulin Potentiation Therapy (IPT) is a modality for the administration of “low dose chemotherapy” that has been in use since the mid 1930’s.

How Does IPT Work?

Cancer cells, unlike other cells in human beings, are anaerobic. That means they can not use oxygen when they metabolize glucose (burn sugar) for energy.

In order for any cell to absorb sugar, insulin is required. Insulin is the “key” that opens the “lock” on the cell to allow sugar to pass through. The “locks” on the cell surface are called insulin receptors. 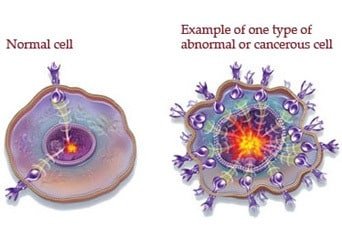 Cancer cells have developed a very simple but effective strategy which allows them to get more of the available sugar than their neighbors, the non-cancerous cells. They simply have many more insulin receptors than non-cancerous cells! Having many more receptors, cancer cells are able to bind and use more of the available insulin than all the other cells. So, what’s important to understand is whether a person consumes a piece of fruit or has some candy, the cancer will be fed first and the “leftovers” go to the rest of the cells.

We use this knowledge to target the cancer cells with low dose targeted chemotherapy or cytotoxic agents.

By administering very small quantities of insulin, it is possible to “select” the cancer cells from amongst all the other cells in the body because they bind the insulin much more quickly.

There are a myriad of effects on cells when insulin affixs to them. One of these effects is, the cells become more penetrable (creating openings). Using the insulin to target the cancer cells creates an opening where they are “ready to eat” and then small quantities of the right mix of chemotherapeutic drugs can be given. Typically this represents about 5% to 10% of the standard chemotherapy dose. The majority of what is administered is absorbed into the cancer cells (permeable) and not the normal cells (relatively “hard”).

Insulin potentiation therapy (IPT) is then able to take advantage of the potent cancer cell-killing effects of conventional chemotherapy never having to use high doses. As a result of the the dosing being low, side effects are greatly diminished and frequent treatments can be administered. Thus, cancer cells have less time to develop resistance to the drugs.

What Drugs Or Protocols Are Used With IPT?

IPT physicians maintain membership in professional societies, attend conferences, read journals and communicate with colleagues in order to maintain a current knowledge base regarding all new drugs and protocols being used in the conventional treatment of cancer. This is done so that IPT can continue to be as effective as possible by using the best of standard therapies in a rational manner. 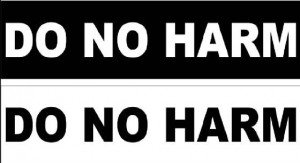 In this regard, the Hippocratic Oath is taken very seriously.
“Primum non nocere” or “First, do no harm.”

If the immune system is significantly harmed while attempting to destroy the cancer, it would be a great and perhaps fatal, disservice to the patient. For it is the immune system which keeps us clean, renewed and protected from infections, toxins and cancer.

And there is an answer for cancer: It is called a healthy immune system!

Cancer cells have also developed another strategy to survive that IPT uses to its advantage.

Not only are there many more insulin receptors on cancer cells but there are also many more ‘growth hormone’ receptors, called IGF-1 and IGF-2. The acronym IGF stands for Insulin-like Growth Factor and therefore insulin can also bind to the IGF receptors. When these receptors are stimulated, cells are triggered to begin the process of dividing. Since many chemotherapeutic drugs are designed to kill cells which are actively dividing, stimulating the cancer cells to divide just before giving the chemotherapy actually increases the number of cancer cells that will be killed during the IPT treatment.

So, it becomes clear that IPT kills cancer by using the same strategies that cancer uses to kill people.

[Note: This article was published in the Fall 2006 issue of Holistic Provider.]