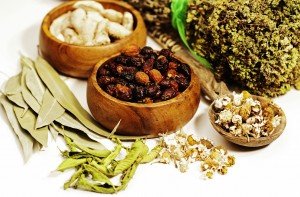 Before we can discuss integrative medicine, we must speak the same language, so a few definitions are in order. The word ‘integrate’ means: to combine or unify. While the word ‘medicine’ in this context, is broadly defined as: diagnosing and treating diseases

Therefore, the term ‘integrative medicine’ should mean: the combining and unification of different systems of diagnosing and treating diseases.

The roots of these venerable systems reach back far in advance of antiquity, predating science, the child born of ignorance and atheism, by untold millennia.

The term ‘allopathic medicine‘ (allos = other) was actually coined by Samuel Hahnemann, the founder of homeopathy. It was a pejorative term, meaning that the “regular doctors” who administer chemical toxins to their patients are employing treatment modalities that are unrelated to the condition (disease) and are dangerous. It, now, generally refers to conventional, mainstream, orthodox, scientific or Western medicine.

It is a clear sign of ignorance when the term traditional is used when referring to conventional medicine. 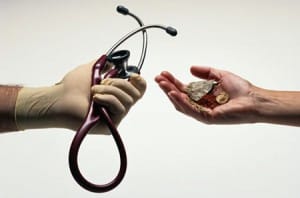 Alternative medicine refers to any and all healing practices that fall outside the scope of conventional medicine. This category is, therefore, extremely diverse, encompassing everything from true shamanic healers to naturopaths to homeopaths to yogis to chiropractors to acupuncturists to charlatans selling footbaths; hence it is often thought of as non-evidenced based, non-scientific and ineffective. Quite often now, it is grouped with the term, complementary medicine, which actually refers to these very same alternative practices when used only as an adjunct to conventional medicine.

Complementary and alternative medicine (CAM) was defined by the CAM office of the National Institute of Health in 1995 as: “a broad domain of healing resources that encompasses all health systems, modalities, and practices and their accompanying theories and beliefs, other than those intrinsic to the politically dominant health system of a particular society or culture in a given historical period.”

The operative word in that statement is political. Although not appropriate to the present discussion, it should be kept in mind that often, political power is achieved and maintained by force.

When, in 1993, it was found that one out of three Americans had been to an alternative practitioner, the banks opened their coffers and an explosion of CAM practices furiously and enthusiastically spread throughout the United States. According to the American Hospital Association, the percentage of U.S. hospitals that offered CAM in 2004 was 20% and another 24% of hospitals are actively incorporating these therapies in order to compete.