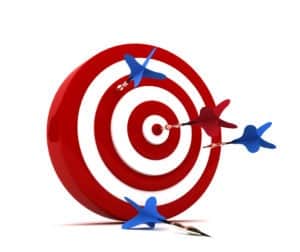 At first glance, the causes of cancer seem daunting. It appears that cancer can be caused by an almost unlimited number of carcinogens (cancer causing substances) in the environment as well genetic predispositions (weaknesses).

These carcinogens can range from viruses to chemicals in the water, wall paint, smoke, petroleum products, insecticides, radiation and a whole host of other sources. In fact, it takes volumes to list them all and we keep “discovering” new ones every day.

It’s like living in a “shooting gallery.”
Sooner or later, you get hit!

Furthermore, we are told that our “genes” (our DNA) are flawed and we are probably going to get cancer no matter what.

Quite the contrary! If someone has a newly diagnosed cancer, clearly whatever was keeping them from developing cancer previously, has now failed.

Why is it that “aunt Martha” who smoked like a chimney died in her sleep at the age of 97 while “uncle Fred”, who only smoked a pipe in the evening, died of cancer at the age of 63?

Well, rather than examining the multitude of differences, let’s examine why the approximately 200 “different types” of cancer are all called “cancer.” What is “it” that defines cancer? What is “it” that is the same in all cancer cells?

Cancer is usually defined as an abnormal growth of cells which tend to proliferate (increase in number) in an uncontrolled way until they invade nearby tissues and, in many cases metastasize (spread) to distant organs through the lymph or blood vessels. This aspect of cancer occurs because the cells no longer “turn over.” That is, under healthy conditions, cells are programmed to die (apoptosis) and be replaced with new, viable, young cells. 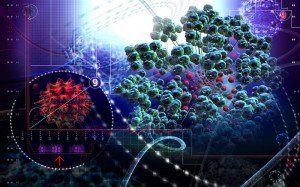 Microscopically, cancer can be defined by very definite changes in the nucleus and other basic structures in the cell. There are very specific microscopic changes that begin taking place within the cell that define it as “cancer.” In fact, because of the unique characteristics of cancer, surgeons perform biopsies of suspected lumps or remove masses from inside the body and send the samples to the laboratory for a “reading.” If the tissue sample meets certain, specific structural (histological) criteria, then a “definitive diagnosis” of cancer can be made by the pathologist. Most, if not all oncologists will not treat a patient without a “tissue diagnosis.” A “well differentiated” cancer is one that still resembles the original cell type, like breast, lung, prostate, etc.

Those types of cancer are not considered to be as dangerous as the “poorly differentiated” cancers which bear little or no resemblance to the original cell type.

And, in fact, it is sometimes not possible to know from which cell type a cancer originated (“unknown primary”) and these types of cancer are considered completely “undifferentiated” and very dangerous.

At that point, it is “just cancer” not breast cancer, not prostate cancer, not any particular cancer other than the general type as defined by its embryonic origin. i.e., carcinoma or sarcoma.

As a matter of fact, cancer cells are metabolically primitive. They are no longer capable of using oxygen like all other cells in the human body when they “burn” glucose (sugar) for energy and are therefore greatly handicapped. This is not new information. The discovery that cancer metabolizes anaerobically (in the absence of oxygen) earned Otto Warburg the Nobel Prize in Medicine in 1931. When a cell is deprived of 35% of its oxygen for 48 hours, it will likely become cancerous.

Cancer cells have many other biochemical defects including deficiencies or complete absence of certain enzymes, such as catalase, leaving them quite primitive.

So, what are the conditions that need to be present in order for cells to be transformed into cancer cells?
To become primitive?

It is actually quite simple and straight forward:

We think of three stages of cancer: Initiation, Promotion and Progression

At any stage, the process can be halted by doing three things: 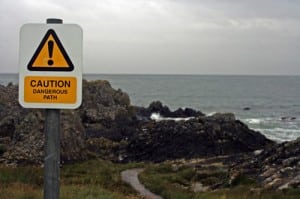 Cancer can be thought of as a “tap on the shoulder” by God (or the Universe) saying:

“The path you are on has become dangerous, consider taking another.”

The three aspects of healing cancer are: