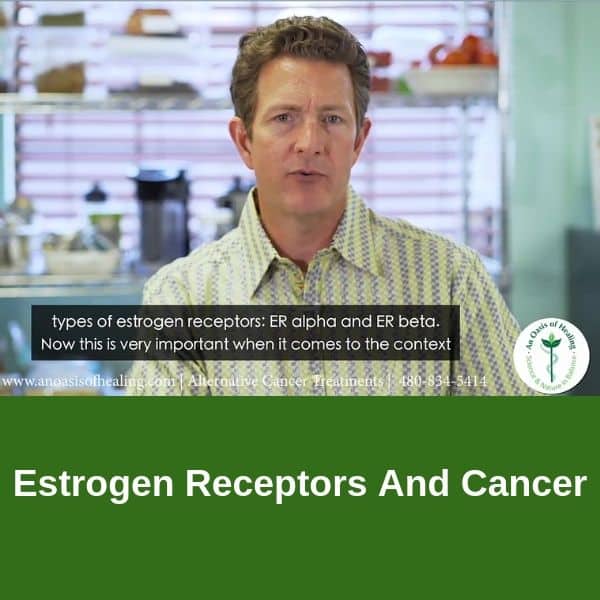 When we get into the estrogen receptors and cancer, the complexity evident in hormones really increases.

For the men in the audience, I can hear their collective: “I could have told you that…”  But, for the women in the audience, at least it takes 2 because in men it only takes 1  hormone receptor to drive the show. The majority of the current research around estrogen receptors is in breast and prostate cancer. However, estrogen receptors are ubiquitous in the body and play a significant role in normal physiology [1].

Inflammation is a prerequisite for cancer initiation and pro-growth signaling will favor cancer growth and progression.

After all, cancer is synonymous with unregulated growth. The often-mentioned ER+ in some cancer types is, in fact, a reference to ER-alpha. One cannot say all ER-alpha expression is associated with cancer, but the scientific literature does point to an increased cancer risk with increased ER-alpha expression and signaling.

In contrast to ER-alpha, ER-beta has been shown to produce an anti-inflammatory [10] and anti-growth [11] signal from estrogen stimulation. ER-beta stimulation has even been shown to benefit asthma [12] and the excitotoxic diseases [13] MS, Parkinson’s disease, Alzheimer’s, and ALS. It doesn’t take a rocket scientist to see the potential positive impact on many diseases, including cancer, through ER-beta stimulated inflammation reduction and growth restriction to increase healthy and disease-free living potential.

Does ER-alpha always produce a pro-inflammatory signal?  Does ER-beta always produce an anti-growth response?  Are these receptors tissue specific?  Can the expression of ER-alpha and ER-beta change?  These are some of the questions that have yet to be answered by current science.

Similar to genetic expression and hormone expression, estrogen receptor expression can change. Maybe this can explain some of the variations in hormone response between individuals?

Or maybe this can explain the response difference and cancer risk in women to Hormone Replacement Therapy (HRT) in the years of pre-menopause, perimenopause and those that are post-menopause. The perfect example of the changes that can occur in ER expression and their effects on cancer risk can actually be found in men.

Estrogen receptors are an equal opportunity offender and in the case of men with low testosterone, there is a shift from ER-beta dominance to ER-alpha dominance in the prostate [14]. Remember, ER-alpha produces a pro-inflammatory and a pro-growth signal. In addition, inflammation up-regulates aromatase activity which increases testosterone to estrogen production to further increase estrogen production and stimulation of ER-alpha.  What a vicious cycle!

No linear thinking here.  The slogan is to keep it simple stupid.  The problem is that ignorance of the complex for the purpose of the simple is more than stupid, it is dangerous.  Accepting the complex as complex makes it simple.  Moving on.

Another study in mice, found ER-beta stimulation lead to a decrease in prostate size and triggered programmed cell death through a process called apoptosis [16]. Apoptosis is a critical cancer control mechanism that is often lost early in cancer development.

Dr. Nathan Goodyear Explains The Complexity of Estrogen Receptors and Cancer in This Video

The exact specific substances that bind and stimulate the ERR are yet to be determined.  This is a common theme in science: the body is beautifully and wonderfully made, yet we only know a fraction of it.

The implication of estrogen receptors and cancer is that it is not the hormone levels alone that poise the sole cancer risk for the individual as it is so often misunderstood and presented. It is the combination of the type of hormone present and its interaction with the type of estrogen receptors present plays a significant part in what signal the estrogen transmits: pro-inflammatory and pro-carcinogenic or not pro-inflammatory and not pro-carcinogenic.

[17] Leav I et al. Comparative studies of the estrogen receptors beta and alpha and the androgen receptor in normal human prostate glands, dysplasia, and in primary and metastatic carcinoma. Am J Pathol. 2001;159:79-92.