Cholesterol No Longer A Health Concern 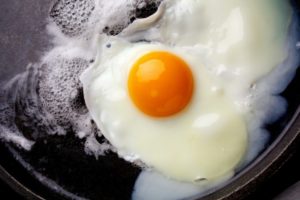 Cholesterol no longer a health concern coming out from the Dietary Guidelines Advisory Committee.

Plant based raw whole foods that nourish the body. And keep in mind that the reason to avoid animal products is not the cholesterol content but rather animal protein and saturated, non-cholesterol  animal fat.We appreciate the Washington Post for publishing this important article www.washingtonpost.com/news/wonk/wp/2015/02/10/feds-poised-to-withdraw-longstanding-warnings-about-dietary-cholesterol/?utm_term=.748005b86765 !

The nation’s top nutrition advisory panel has decided to drop its caution about eating cholesterol-laden food, a move that could undo almost 40 years of government warnings about its consumption.

The group’s finding that cholesterol in the diet need no longer be considered a “nutrient of concern” stands in contrast to the committee’s findings five years ago, the last time it convened. During those proceedings, as in previous years, the panel deemed the issue of excess cholesterol in the American diet a public health concern.

The finding follows an evolution of thinking among many nutritionists who now believe that, for healthy adults, eating foods high in cholesterol may not significantly affect the level of cholesterol in the blood or increase the risk of heart disease.

The greater danger in this regard, these experts believe, lies not in products such as eggs, shrimp or lobster, which are high in cholesterol, but in too many servings of foods heavy with saturated fats, such as fatty meats, whole milk, and butter.

The new view on cholesterol in food does not reverse warnings about high levels of “bad” cholesterol in the blood, which have been linked to heart disease. Moreover, some experts warned that people with particular health problems, such as diabetes, should continue to avoid cholesterol-rich diets.

While Americans may be accustomed to conflicting dietary advice, the change on cholesterol comes from the influential Dietary Guidelines Advisory Committee, the group that provides the scientific basis for the “Dietary Guidelines.” That federal publication has broad effects on the American diet, helping to determine the content of school lunches, affecting how food manufacturers advertise their wares, and serving as the foundation for reams of diet advice.

The panel laid out the cholesterol decision in December, at its last meeting before it writes a report that will serve as the basis for the next version of the guidelines. A video of the meeting was later posted online and a person with direct knowledge of the proceedings said the cholesterol finding would make it to the group’s final report, which is due within weeks.

After Marian Neuhouser, chair of the relevant subcommittee, announced the decision to the panel at the December meeting, one panelist appeared to bridle. “So we’re not making a cholesterol recommendation?” panel member Miriam Nelson, a Tufts University professor, said at the meeting as if trying to absorb the thought. “Okay … Bummer.”

Members of the panel, called the Dietary Guidelines Advisory Committee, said they would not comment until the publication of their report, which will be filed with the Department of Health and Human Services and the Department of Agriculture.

While those agencies could ignore the committee’s recommendations, major deviations are not common, experts said.

Five years ago, “I don’t think the Dietary Guidelines diverged from the committee’s report,” said Naomi K. Fukagawa, a University of Vermont professor who served as the committee’s vice chair in 2010. Fukagawa said she supports the change on cholesterol.

Walter Willett, chair of the nutrition department at the Harvard School of Public Health, also called the turnaround on cholesterol a “reasonable move.”

“There’s been a shift of thinking,” he said.