Cancer As A Metabolic Disease 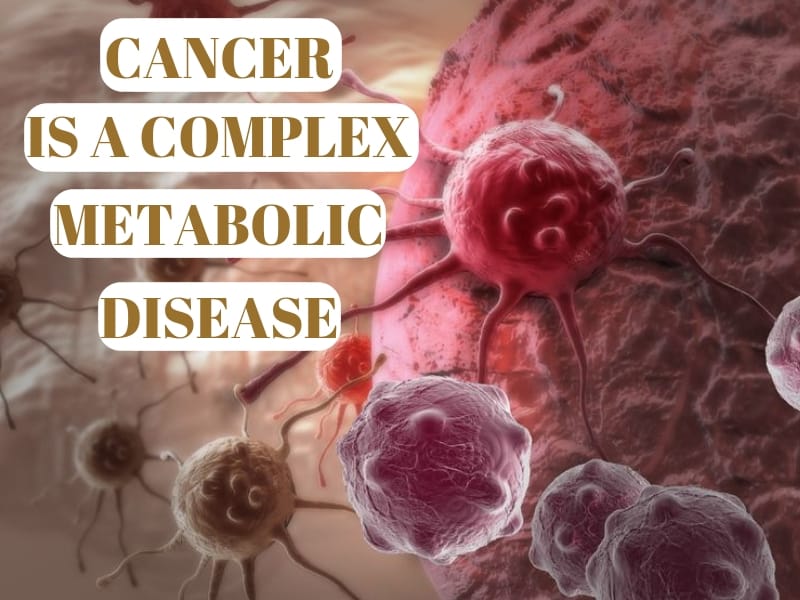 Cancer is a complex metabolic disease.

As simple as this statement is to write, it does nothing to reveal the complexity that actually is cancer metabolism.  Numerous research and medical journal publications have been published on this very topic of cancer as a metabolic disease.

This is the fifth article of a seven-part series by Nathan Goodyear, MD at An Oasis of Healing showing the evidence and scientific research with IV Vitamin C and its effects on cancer.

Even the top researcher on the topic, Dr. Thomas Seyfried entitled his 2010 paper and his 2012 book Cancer as a Metabolic Disease.  As prominent as these recent publications are, it all began with Dr. Otto Warburg and his description of the aerobic glycolysis metabolism of cancer in the article On the Origins of Cancer back in 1956—justly named “the Warburg effect”.

Dr. Warburg described the complexity in the metabolic changes in cancer in the simple—aerobic glycolysis.  Let’s take a stroll back down the biochemistry memory lane.  All cells must make energy to live.

Aerobic glycolysis is the cancer cells use of glucose in the inefficient energy pathway of glycolysis under aerobic conditions.

Recent research in cancer stem cells (CSCs) highlights a new discovery of the complexity inside the simple.  Cancer stem cells are the hot topic of discussion in treatment-resistant cancer and recurrent cancer.

The simple assumption was that CSCs followed the same paradoxical cell metabolism of non-stem cancer cells as described by Dr. Warburg.  Recent publications, however, cast serious doubt on this simple cancer cell metabolism characterization.  Instead, the new complexity is found in the simple.

This is in stark contrast to non-CSC cancer cells which predominantly follow the paradoxical Warburg metabolism pathway of energy production with glucose only.  This amino acid driven oxidative phosphorylation has been shown to be the predominant cell metabolism in leukemia, brain, breast, and pancreatic cancer CSCs.

So, what can we conclude from this new research?  Was Dr. Warburg right?  Yes and no.  Yes, non-stem cancer cells love sugar as their primary source of energy production through the paradoxical aerobic glycolysis pathway he described in 1956.

But no, as evident in the new research discussed above, CSC’s seem to march to the beat of a different drummer using amino acids and even fats (creating questions for the advocates of ketogenic diet only) for energy production via the oxidative phosphorylation pathway.  As different (heterogeneous) as the individual cancer cells are in a tumor, CSCs, and non-stem cancer cells are equally different.

Einstein said, “any intelligent fool can make things bigger and more complex…it takes a touch of genius and a lot of courage to move in the opposite direction”.  As we seek to make cancer cell metabolism simple, we must not miss the truth, evident in the science, that is found in the beauty of the complex.  We must embrace the complex!  Only then can we find the simple.