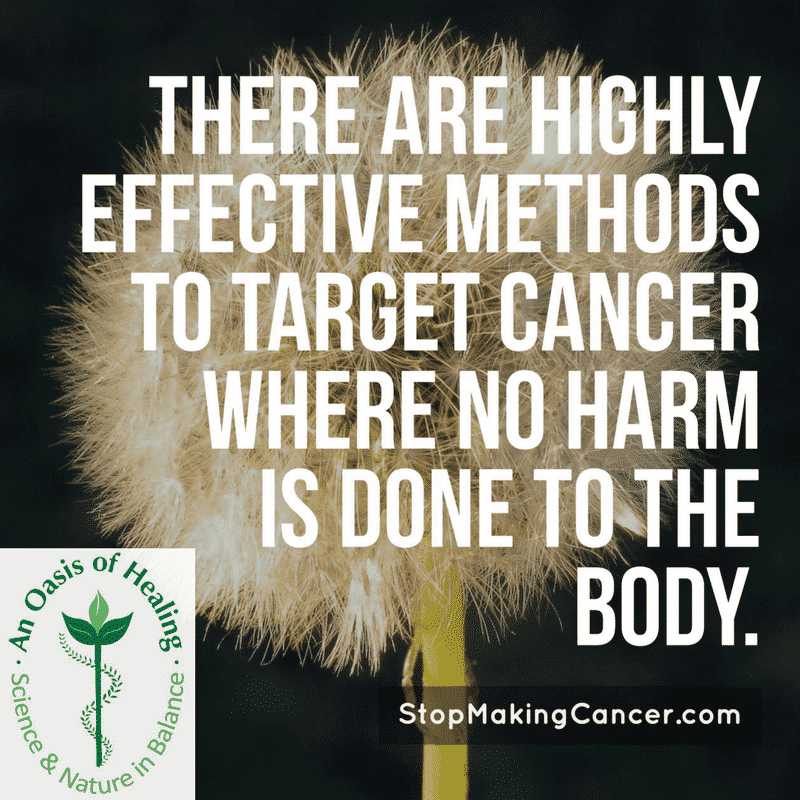 By working with the biological laws of nature, alternative cancer treatments bring no harm to the body and naturally support vital systems such as the immune system and the lymphatic system.

The human body is always trying to stay in homeostasis. What helps enhance a strong immune system is when we live within the laws of nature. Problems arise when we are not in harmony with nature.

When these holistic cancer treatments are used correctly and consistently, health can be restored. What’s important to understand is whatever it takes to restore one’s health will be required to maintain it for life long wellness.

By participating in our Comprehensive Cancer Care program, we will teach you how to maintain your restored health at home. First, we teach you how to stop the production of cancer cells in the body through nutrition and lifestyle, followed by our second step of targeting the cancer with the least toxicity possible and also by challenging cancer metabolically. And thirdly, we support and strengthen your immune system.

At our alternative cancer treatment center, our philosophy is to do no harm all the way down to a cellular level. All treatments work in harmony with the body to support and strengthen the immune system.

Chemotherapy given in large doses can destroy the immune system. There are many negative side effects of these large doses of chemotherapy; one of them is proper digestion for cancer patients. The chemo makes it hard to digest healthy foods.

Radiation can kill cancer cells but it can also damage and kill healthy cells. On many occasions where healthy tissue is damaged around the areas where the cancer cells are treated by using radiation, the cancer returns and reoccurs.

More recently over the last few years, there is more and more controversy about the risks of surgery not just from the standpoint of the risk of the cancer spreading, but also how the trauma of the surgery can overwhelm the immune system such that it is not able to keep cancer from returning after the surgical removal of the mass or tumors.

An important statistic shows that fifteen percent of people with cancer who end up passing away were still getting chemotherapy treatments when they died.

Unfortunately, not every person will survive cancer, however, there are lots of individuals who have healed from cancer using treatment alternatives for cancer after being told by conventional practitioners that there is nothing more they can do.

Our alternative treatments for cancer can be found by visiting the links below:

See what types of cancers we treat and read some of our patient success stories.

PATIENT SUCCESS STORIES
Would you like to speak with a caring member of our team to answer your specific questions? Call (480) 834-5414