Alternative Cancer Treatments Do They Work? 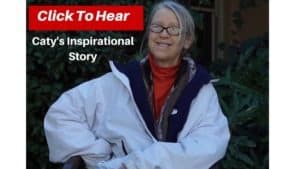 When asked the question, alternative cancer treatments do they work, we first need to define what we are talking about.

And if we look into cancer we’ll understand that everyone that you see probably has some degree of cancer in them, but it has not yet become either detectable or impacting their lives. Okay there’s no lumps or bumps, there’s no pain, there’s no change in the way they are, and it’s not diagnosable. If they did a PET scan or they did any kind of standard blood test it wouldn’t be detectable.

So it’s kind of part of being alive in the 21st century that we are exposed to so many incredible toxins on all levels, from electromagnetic to food to off-gassing of paints, etc. I mean it’s unfathomable how many toxins we are exposed to.

So clearly we’re all walking around with a small amount of malignancy, and some larger than others, in our bodies. And so when we talk about remission, we’re talking really about a person who comes in with a diagnosed cancer that can be detected either on a PET scan, CAT scan, MRI, or some sort of scan and has some sort of biochemical markers usually. Not always, but biochemical markers such as tumor markers, etc. Liver function tests or kidney function tests, so somehow it can show up.

So what we want to do when we’re talking about remission, we want to be able to say that no longer is this cancer detectable. We can’t find it on PET scan, we can’t find it on CAT scan, there are no biochemical changes, and the person feels great. The person is back to feeling wonderful, or healthy.

Okay, so that would be a remission. Is it gone? No one knows. No one really knows. Now what we do know though, there’s a Dr. Kobayashi in Japan who has an incredible test called a TMCA, Tumor Marker Combination Assay, where he is able to actually do a simple blood test that he’s developed, and can actually tell you if you’re two, three, four, or five years away from having a clinical manifestation of cancer. And so he has a different classification.

He has a Stage One which is zero cancer and Stage Five is one gram of cancer, which is usually what we would call a Stage One. His Stage Five is our Stage One, okay, and that’s detectable. And so at Stage Three, which would probably be micrograms, or Stage Four, which would be nanograms, you would still realize that you’re probably three to five years away from having it again. Now, when he has done this test to people over the last several decades in Japan, he has found that only a handful of people have not had any, had been Stage One, or where there’s no cancer. And these are usually adolescents who had pretty healthy lifestyles and lived in rural areas.

So, basically what we have to realize is that when we’re defining remission, we’re defining undetectable by standard means. Now, the word cure, we don’t even use because we don’t subscribe to the paradigm of cancer as being a disease. We realize that it’s a homeostatic corrective measure that the body has engaged in to maintain functional integrity and that what we need to do is remove most of the reasons why the body has to do that. And that’s what we do here at our alternative cancer treatment center. What we do buy into is remission and we do buy into is survival, those are very, very important.

Now survival means what? In standard oncology it means five years. Okay, so even if a person dies on the day after the fifth year anniversary of their diagnosis, they’re still considered a cure. We don’t consider that a cure. We don’t look at the five years as being a survival. Early detection just means you find it out earlier so you’re more likely to make that five year mark and then fall into that statistical category.

That’s not what you want, that’s not what we want. What we want is real survival. That means that the cancer is no longer an issue, so if there are a few cells of cancer in your body that are undetectable, they’re no longer an issue in your life and you’ll go on to live your life and die eventually from some other reason. That’s really what we’re talking about. When we look at what happens with us, we see that just like most alternative cancer centers that are really good, that use a lot of the cutting edge, standard alternative therapies, are pretty much all the same in that regard, anywhere from 65 to 70% of the people in all stages will leave either in remission or you know maybe a small lump left will need to be excised. There’s a variety of reasons why people don’t stay for the full course but we’re seeing that if they did it would be close to 70%.

But who’s alive at ten years? Who’s alive at five years? Well we know the overall worldwide prognosis for Stage Four cancer at five years is 2.3%. What we’re finding is that our patients who stay in touch with us, the ones who have really embraced the lifestyle changes are still with us today. And that’s amounting to close to 20%.

Where we see our failing is our inability to inspire people enough to change their lives. What happens is people go back to their normal lifestyles and whatever factors were involved before they came are still there. So if they had relationships that were toxic or they lived in an environment that was toxic, etc, those things start to impact their life again.

So, what we are doing now is we are developing a very comprehensive continuation program where people can either come back physically, which we already have, people do come back physically, but it’s often very difficult. If they live on the East Coast and we’re on the West Coast or they live in Europe or Asia, it’s often very difficult. So we’re developing a web-based continuation program where people can stay connected. And that’s very important. People need to be connected, feel connected, otherwise you go back, most people go back to their lifestyle and they’re the only ones doing it. And that becomes very, very difficult.

So that’s where we see the failing, and that’s also where we see our distinction. Our distinction is teaching people how to stop making cancer. But we can’t let that stop the day they walk out of the door. That’s really where we are in our program, is how do we reach out and keep people walking the path of health.