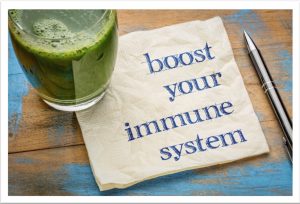 The immune system is made up of a complex and interconnected network that extends both at a cellular and molecular level. This network is meant to preserve the homeostatic balance and integrity of the organism, providing a protective barrier against external aggressors, both pathological and chemical (toxicants), and preventing the development of illness.

With the increase concern about immunological conditions and the recent virus, scientists have focused on the use of bioactive compounds and the development of molecules that may be able to modulate the immune response. With new demands on therapeutic approaches and alternatives to the “standard” medical care, novel paths of research have been developing.

One of those paths, although not novel, is the use of herbal medicines. Herbal compounds have been used for centuries for prevention and treatment as well as integrated with other therapies. The study of these compounds is often challenging, due to its molecular complexity and diverse pathways of action. But it also offers a very promising response to the many stressors our bodies face nowadays, exactly because of their multi-level activity.

In addition to herbal medicines, there are foods that boost the immune system which means they are essential in supporting the immune system to function well and promote overall health.  This post will focus on some of the foods rich in bioactive compounds that can play a major role in immune system modulation and cancer treatment and prevention.

One of the best foods for boosting the immune system is mushrooms. More than 130 medicinal functions are thought to be produced by medicinal mushrooms and fungi including antimicrobial, anti-tumor, antioxidant, cardiovascular, anti-hypercholesterolemic, anti-viral, anti-bacterial, anti-parasitic, antifungal, detoxification, hepatoprotective, antiallergy, lipid-lowering and anti-diabetic effects, and have immunomodulatory properties, which means they affect the functioning of the immune system – up or downregulating the immune system response depending on the circumstances1.

Mushrooms are rich in anti-inflammatory components, such as polysaccharides, phenolic and indolic compounds, mycosteroids, fatty acids, carotenoids, vitamins, and biometals. Metabolites from certain mushrooms possess antioxidant, anticancer, and anti-inflammatory properties. And recent studies state that “edible mushrooms can be referred to as a “superfood” and are recommended as a valuable constituent of the daily diet” 2.

The cell walls of mushrooms are made of complex polysaccharides (sugars), including beta-glucans. Beta-glucans have been shown to modulate immune function, suppress the growth of tumor blood vessels (angiogenesis), and inhibit tumor growth3.

Beta-glucans increase host immune defense by activating complement system, enhancing macrophages and natural killer cell function. Beta-glucans also show anticarcinogenic activity. They can prevent oncogenesis due to the protective effect against potent genotoxic carcinogens.  An immune boosting agent, which acts through the activation of macrophages and NK cell cytotoxicity, beta-glucan can inhibit tumor growth in the promotion stage also. Anti-angiogenesis can be one of the pathways through which beta-glucans can reduce tumor proliferation, prevent tumor metastasis4.

Besides these benefits, mushrooms also help reduce free radicals, preventing cell proliferation, inhibiting angiogenesis, and stimulating apoptosis5,6. Other studies indicate that polysaccharides, such as β-glucans and other mushroom metabolites, possibly promote the T-cell dominance that is imperative to restrain tumor growth7.

There’s a wide variety of edible mushrooms, like shiitake, cordyceps, white button, reishi, chaga, maitake, turkey tail, lion’s mane, many of them can be found raw, dehydrated, or in powders and tinctures. If you prefer to buy them raw, we recommend that you cook them, since cooking helps to break down the cell walls and enhance its beneficial properties.

Our second food to boost the immune system is cruciferous vegetables which have a high content of antioxidant and anti-inflammatory agents. Cruciferous belong to the Brassica family of vegetables and include broccoli, cauliflower, cabbage, Brussel sprouts, etc. These vegetables are rich in Vitamin C, an essential vitamin that plays important roles in immune function and the modulation of host resistance to infectious agents, reducing the risk, severity, and duration of infectious diseases8.

Many are also rich in glutathione, the body “master antioxidant”, known for the high free-radical-scavenging abilities. Glutathione plays a pivotal role in critical physiological processes resulting in effects relevant to diverse pathophysiology’s such as maintenance of redox balance, reduction of oxidative stress, enhancement of metabolic detoxification, and regulation of immune system function9.

The various health benefits of Cruciferous vegetables have been linked to phytochemicals. They prevent oxidative stress, induce detoxification enzymes, stimulate the immune system, decrease the risk of cancers, inhibit malignant transformation and carcinogenic mutations, as well as reduce proliferation of cancer cells10.

Brassica vegetables, due to the high content of vitamins C and E, carotenoids and antioxidant enzymes such as catalase, superoxide dismutase and peroxidase, constitute a powerful source of antioxidants. The presence of antioxidant and anti-inflammatory agents and the highly nutrient-dense source of the phytochemicals isothiocyanates, polyphenols and sulfur-organic compounds also exerts an antimutagenic action, which has been linked to cancer prevention10, 11.

Some of these vegetables, like cabbage and broccoli, also contain sulforaphanes and indoles, two types of strong antioxidants and stimulators of detoxifying enzymes that protect the structure of DNA. Sulforaphane acts as a “signaling” molecule: once inside the cell switches on more than 200 specific genes that may be dormant due to toxicity, poor health, and aging factors. Once these genes are switched back on, they produce special detoxification and antioxidant enzymes. Sulforaphane is one of the bioactive compounds considered anticancer12,13. Broccoli is also rich in quercetin, a flavonol that we will discuss more in the next group of foods.

Another well-known food that boost the immune system is Allium, the Latin word for “garlic.” The Allium family includes onions, garlic, leeks, scallions, chives, and shallots. These offer powerful antioxidants, such as quercetin, which can have applications in treating many chronic illnesses and as natural immune booster.

Quercetin is known for its antioxidant activity and radical scavenging and anti-allergic properties characterized by stimulation of immune system, antiviral activity, inhibition of histamine release, decrease in pro-inflammatory cytokines, leukotrienes creation, and suppression of interleukin IL-4 production. It is also effective in the inhibition of certain enzymes and suppression of inflammatory mediators. All mentioned mechanisms of action contribute to the anti-inflammatory and immunomodulating properties of quercetin14.

Garlic, onions, leeks, and chives contain other flavonoids that promote the production of glutathione, the powerful antioxidant mentioned earlier. Flavonoids may inhibit cancer cell proliferation and angiogenesis as well as killing off cancer stem cells.

Two of the most studied plants of the Allium family are garlic (Allium sativum) and onion (Allium cepa). We will focus deeper on their beneficial effects of this food for boosting the immune system based on scientific evidence.

Garlic is recognized as a powerful anti-microbial agent: acts as an anti-bacterial, anti-fungal and anti-viral15. Known as a strong immune system booster, it also has anti-tumor and antioxidant effects. Garlic and its supplements have the potential to lower blood pressure in hypertensive individuals, to regulate slightly elevated cholesterol concentrations, and to stimulate the immune system16. Garlic’s immune-boosting properties seem to come from a heavy concentration of sulfur-containing compounds, such as alliin and compounds produced enzymatically from alliin, like allicin17. Studies also found that garlic modulates cytokine secretion and that such modulation may provide a mechanism of action for many of their therapeutic effects18.

Onions are the most studied quercetin containing food and its high content of this powerful flavonol makes for the most of its beneficial effects. Recent studies also show that the sulfides present in onions, onionins, are an effective agent for controlling tumors in both in vitro and in vivo models, and that the antitumor effects observed in vivo are likely caused by reversing the antitumor immune system19. Onions contain another beneficial flavonoid called fisetin that has shown strong anti-inflammatory, antioxidant, anti-tumorigenic, anti-invasive, anti-angiogenic, anti-diabetic, neuroprotective, and cardioprotective effects20. Fisetin was also found to be protective against cancer21. 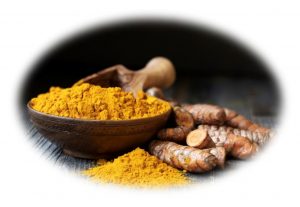 How to Boost Immune System Naturally

Turmeric (Curcuma longa) has been used for centuries as an anti-inflammatory agent and it seems to have enormous potential as a food for an immune booster, for an antiviral, and in protection against cancer22. Curcumin is the principal curcuminoid of turmeric and is commonly used as a spice in cooking and a yellow pigment in the food processing industry. Curcumin is also the bioactive pigment of turmeric, a well-known phytochemical with a wide range of medicinal uses. It is widely used in Asia and has many therapeutic properties, including antioxidant, anti-viral, anti-bacterial, anti-mutagenic, anti-amyloidogenic and anti-inflammatory22,23.

Many studies show that curcumin is a potent immunomodulatory agent that can modulate the activation of T cells, B cells, macrophages, neutrophils, natural killer cells, dendritic cells and also the microglia, which are innate immune system cells that reside in the central nervous system24,25. Curcumin can also downregulate the expression of various proinflammatory cytokines and chemokines, most likely through inactivation of the transcription factor NF-kappaB26,27.

Curcumin may play an important role in cancer treatment, by its ability to inhibit cancer cell proliferation, suppress angiogenesis, and kill cancer stem cells. Curcumin acts by selectively targeting cancer stem cells while having little to no toxicity for normal stem cells28,29,30. These normal stem cells, that are left unharmed, are essential for tissue regeneration and longevity.

The molecular mechanisms underlying the targets of curcumin are diverse and involve combinations of multiple signaling pathways involved in tumorigenesis, cancer development and proliferation. Curcumin has been reported to modulate growth factors, enzymes, transcription factors, kinase, inflammatory cytokines, and proapoptotic (by upregulation) and antiapoptotic (by downregulation) proteins31,32,33. This potent phytochemical has modulatory effects on inflammatory signaling pathways which leads to inhibition of inflammation in different types of immune cells and is notably effective against multi-drug resistant cancer, most likely because it neutralizes cancer stem cells.

Green tea, our last food to boost the immune system, is made from the dried leaves of Camellia sinensis plant and it was considered a medicine long before it became a beverage. It helps your immune system and is especially powerful against cancer. Green tea is rich in flavonoids, powerful antioxidants, and studies show that it contains both antioxidant and immunomodulatory properties34.

Findings in both animal and human studies are promising in terms of the clinical benefit of green tea catechin EGCG in autoimmune and inflammatory disorders, highlighting green tea as a natural immune booster38,39. Green tea is the richest source of EGCG of any food.

Vanessa Pinto graduated with a degree in Biology and Masters in Ecology from Lisbon University. After graduating, she underwent a series of professional and personal growth experiences, including being an officer in the Portuguese Army, working in countries as diverse as Iceland and Costa Rica.  Vanessa became certified as a Yoga and Meditation teacher in rural India.

Being a compassionate person by nature, Vanessa is able to bring her connectedness when working with others while enhancing the importance and practicality of a pragmatic evidence-based approach to facilitating lasting and permanent change. Vanessa is a certified health coach whose specialties are nutrition, exercise, and mind/ body connection.  She works both in Portugal, Thailand and USA, where she develops her work closely with people diagnosed with cancer, mainly in the areas of nutrition, movement and health education.