Chemotherapy Causes Resistance and Spread of Cancer – IPT to the Rescue 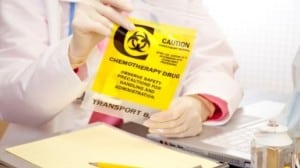 Peter Nelson of the Fred Hutchinson Cancer Research Center in Seattle co-authored a study and published it in Nature Medicine this month detailing how chemotherapy not only produces resistance to chemotherapy by cancerous tumors but also stimulates its’ growth and metastasis (spread).

Approximately 90% of people with metastatic cancer become resistant to chemotherapy.  This occurs readily in cancers of the breast, prostate, lung, pancreas and colon.

It was a surprise to researchers that a protein, previously identified as being involved in the development of normal cells, as well as some cancer cells, can be found in relatively high concentrations in the environment surrounding tumors having been treated with chemotherapy.  This protein, referred to as “WNT16B,” is taken up by nearby cancer cells, causing them to “grow, invade, and importantly, resist subsequent therapy,” said Peter Nelson of the Fred Hutchinson Cancer Research Center in Seattle. Also, it came as quite a surprise that the  fibroblasts, which are necessary for connective tissue strength, growth, and maintenance, as well as a myriad of other functions from wound healing to immunity, produce WNT16B in abundance due to exposure to excessive amounts of chemotherapy.

Even though this study has caused quite a “buzz” in the media, there is really nothing new about this information.  It has long been known that more than 60% of people undergoing conventional treatment for cancer die as a result of the treatment, not the cancer.  These deaths are most often the consequence of infection producing overwhelming sepsis (bacteria in the blood) due to chemotherapy induced immune suppression or extreme malnourishment due to chronic nausea and vomiting and generalized bowel dysfunction, resulting from chemotherapy and/or radiation.

For these reasons, a large percentage of the research that is presented at the annual ASCO (American Society of Clinical Oncology) meetings involves methods of targeting cancer cells in an attempt to avoid the extensive collateral damage associated with standard, conventional protocols of chemotherapy administration. The method that is and has been “fashionable” in oncology research over the past several years has to do with the development and patenting of monoclonal antibodies to be used to target particular cancer cells.

An antibody is a type of molecule that the immune system produces in order to bind to and eliminate foreign substances, including cancer cells.  For some time now, scientists have been able to artificially manipulate this natural system so that antibodies are produced to attack certain parts of the cancer cell membrane (antigens) that are unique to cancer cells and not found on healthy cells.  That way, the antibody can specifically target the cancer cell and not all the other cells in the body.  This is a great idea but unfortunately, being artificially produced, whether or not the antibody “attacks” only the cancer cell cannot be known until it is tested in humans.  Several of these monoclonal antibodies have been produced and are in wide use at the present time.  The truth is that the complexity of biology and biochemistry is unfathomable and, as it turns out, these monoclonal antibodies that are now considered standard therapy for certain cancers, have multiple side effects ranging from causing cancer in other organs to damaging unrelated vital organs like the heart, producing heart failure, as well as some of the usual side effects seen with chemotherapy such as bone marrow suppression with its’ resulting decrease in red blood cells and white blood cells.

Fortunately, nature has provided a targeting mechanism to deliver chemotherapy to the cancer cells, which has no unexpected side effects.  And this method of administration has been known since 1933 and was first successfully used to treat cancer in 1943.

This modality of chemotherapy administration involves the use of a naturally occurring molecule found in all mammals and non-mammalian vertebrates, including reptiles, amphibians, birds and fish, although it may differ slightly in structure from one species to another.  The insulin in hagfish, for example differ in only one amino acid from that of pig insulin and only two amino acids from that of human insulin. 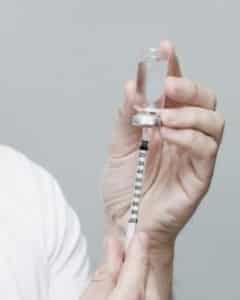 Insulin has a myriad of consequences by triggering multiple biochemical processes in cells; however, the main purpose of insulin is to regulate energy production in the body by increasing uptake of glucose into cells and stimulating the production of fat deposition to store any excess glucose.  One of the enzymes that is stimulated by insulin is called delta-9-desaturase, which basically makes the membranes or “skin” of the cells liquid and permeable rather than relatively solid and impermeable.

Cancer cells are known to have from 6 to as much as 17 times more insulin receptors on their cells and these receptors have a 60% greater affinity (“stickiness”) for insulin.  Increasing the insulin receptor status on their cell membranes is an essential survival mechanism undertaken by cancer cells because they metabolize sugar differently than healthy cells.  Healthy cells use oxygen and glucose to produce energy very efficiently resulting in 38 ATP (energy ‘packages’) while cancer cells have lost the ability to utilize oxygen to enhance energy production hence they are considered anaerobic.  Anaerobic energy production, as seen in primitive life forms is called fermentation or glycolysis and this is how cancer cells metabolize sugar for energy.  This is extremely inefficient resulting in only 2 ATP for every molecule of glucose, instead of 38.  Clearly, then the cancer cell which has to keep up with the body needs about 19 times more glucose (fuel) to survive and this is accomplished by increasing the number and affinity of insulin receptors on their cell membranes.

The administration of chemotherapy after priming the cancer cells with small doses of insulin has become known as IPT (insulin potentiation therapy) and, is now being referred to as IPTLD, or insulin potentiation therapy with low dose chemotherapy.  This method allows for the targeting of the cancer cells with chemotherapy while permitting relative sparing of the healthy cells.  There is no hair loss or severe nausea and vomiting and all the other side effects usually observed with conventional chemotherapy are minimal, if at all.

Clearly, this effective and gentle method of administering chemotherapy will result in very minimal production of the WNT16B protein and therefore will not, to any significant degree, stimulate cancer growth or metastases.

For more information about IPT and other modalities utilized in healing from cancer, call An Oasis of Healing at 480-834-5414.